THE VERY FIRST FULL BIOGRAPHY of The Association, one of the most successful bands to come out of the early 1960s US folk-rock boom, with some of the most distinctive harmony sounds of the era…

Following on from the success of the First Edition of the book (now completely sold out), a Second Edition has now been made available as an online Print-On-Demand option.

You can order this directly via the usual online retailers (example link: AMAZON.COM) and I appreciate your ongoing support with this publication.

The original Six Man Band achieved two US Billboard Number One hits, a number of further Top 20 recordings, along with a run of successful best-selling LPs, and whilst often credited as being one of the hardest working bands of the 60s, they are also honoured as having the second-most played BMI-published song on U.S. radio history during the 20th century!

This extensive biography looks at the early foundations of the line-up, from the group’s inception in an early 1960s Los Angeles, touring the folk clubs and coffee houses, through to their 1965 breakthrough, their first recording contract and the subsequent hit-making years, followed by the tragedies, disappointments and despair of the barren years that came afterwards.

Today, the current touring band is celebrating over 50 years of performing before packed audiences across the nation, and with a succession of hits played every night, their legacy in American popular culture is assured.

Cherish is the word… 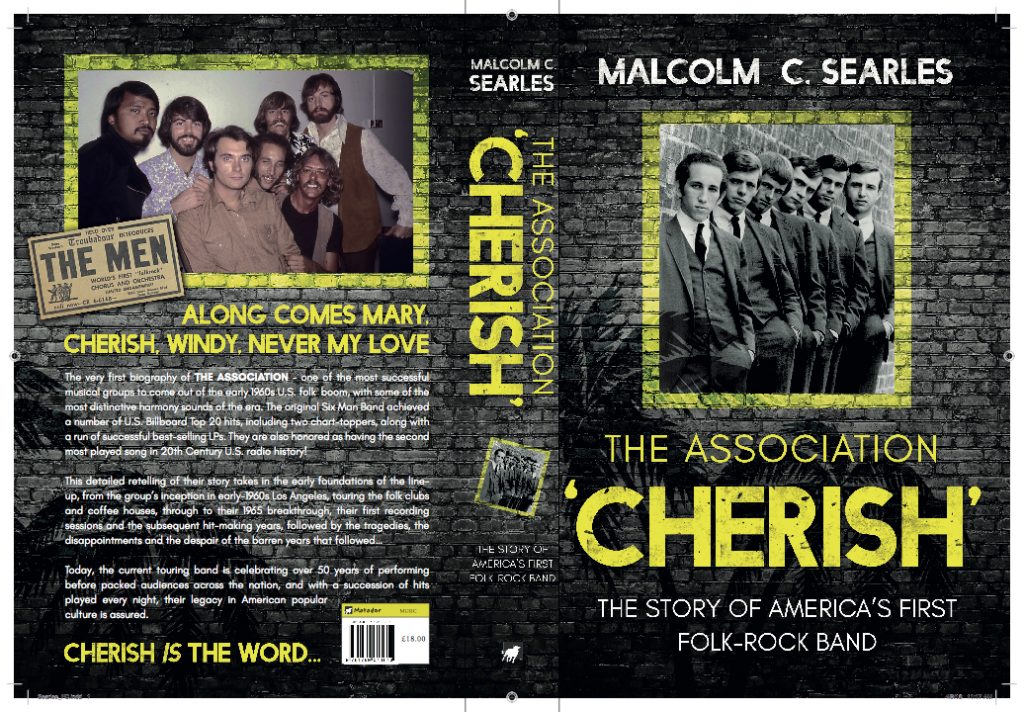 DOJOTONE PUBLICATIONS is an independent website, promoting a series of creative and published writings by UK-based author and music historian, Malcolm C. Searles.

FOR ANY ENQUIRIES relating to the above titles, or any other query you may have, please contact the author via the above email address.